Schaumburg, IL – April 2, 2020 –Recognizing his ability to build teams and increase sales in markets on four continents, INX International Ink Co. announced today that Cleo Nomikos has joined the company as Sales Director – Europe. In this position he will be responsible for the European sales activities for the sheetfed, solvent liquid and water-based ink divisions. 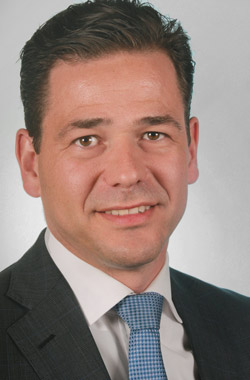 Nomikos has 11 years of experience in the printing industry. He joins INX after serving as the Regional Sales Director, Sheetfed, for Siegwerk Druckfarben. In that position he managed operations for markets in central Europe, the UK, and the Nordics, and led a successful turnaround in sales and market share in those regions.

In his new position Nomikos reports to Peter Lockley, President of INX Europe. He remains based in Germany, where INX recently announced plans to acquire RUCO Druckfarben. Over time, Nomikos is expected to become involved with the digital and metal decoration divisions of the company.

“INX has done a great job in strengthening its presence,” said Nomikos. “I look forward to working closely with the teams on realizing the ambitious goals for future growth within the European territory.”

Cleo Nomikos can be reached via email: Cleo.Nomikos@inxintl.com.