Schaumburg, IL – September 16, 2020 – INX International Director of Marketing Renee Schouten is the new President of the International Metal Decorating and Packaging Association. IMDPA has served the metal decorating industry for more than 85 years and represents over 600 lithographers, metal decorators, canmakers, designers and trade suppliers from more than 200 corporations worldwide. 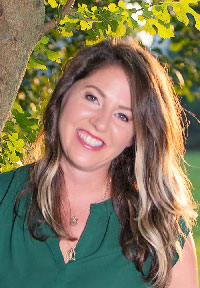 “Renee has worked tirelessly for the association in the past, and in numerous roles for which she was awarded many honors,” stated Michael Masenior, IMDPA Executive Director, who said John Clark of Heraeus has become the organization’s new Vice President and Tim Duca at Ardagh Corp. is now Secretary/Treasurer. “Her dedication to the IMDPA will provide motivation and guidance for the new officers and board members going forward.”

Schouten began working at INX in 2001 and her involvement with the association dates back to 2004. Her efforts in the industry were recognized by IMDPA with a Presidential Award in 2007, followed in 2008 with a Member of the Year honor. She joined the association’s board of directors in 2010 and ascended to the Executive Board in 2015. Her two-year term as President follows roles where she served as the Secretary/Treasurer and Vice President.

“I am very pleased and excited to see Renee step into the role of IMDPA President,” said John Hrdlick, INX President and CEO. “Renee has worked diligently for the organization just like she always has in her role at INX. She has a high energy level and passion that is applied to everything she’s involved with, and that work ethic will help drive the continued success of the IMDPA.”

“I am incredibly honored to be the next President of the IMDPA,” acknowledged Schouten. “I look forward to working alongside our committed board members to ensure that IMDPA represents and engages our industry as we foster and encourage improvements and advances in the art of metal decorating and packaging.”

Her imprint as a member of IMDPA’s Executive Board has been widespread. Schouten was at one time chairperson for IMDPA’s Annual Conference committee and served in the same capacity for the Website committee, overseeing its successful redesign in 2018.

“During these next two years, I hope to pioneer programs that will have a lasting impact on our membership. I plan to focus on increasing our value to the industry in an effort to promote the interests of our members,” she indicated. “It’s our objective to stimulate the interest of IMDPA members to lead the industry in new and innovative directions, and improvements to the material, mechanical, technical, environmental and manufacturing phases of metal packaging.”

Schouten said membership in IMDPA provides invaluable access to many resources including technical knowledge. The annual Conference provides members with opportunities to participate in networking events including the Memorial Golf Outing & Banquet, and recognize cohorts with the Excellence in Quality Awards program. Going forward, she intends to encourage social exchange among individuals who are engaged in the metal decorating industry.

“We will continue to build on the important initiatives our college education and technical resources committee have set forth to attract younger generations,” concluded Schouten. “We intend to provide access to educational tools and resources that our members can use for years to come.”

The 2021 IMDPA Conference is scheduled for May 26-27 at the Hilton Chicago/OakBrook Hills Resort & Conference Center. Visit https://metaldecorators.org/imda-annual-conference for more information.

About INX International Ink Co.
INX International Ink Co. is the third largest producer of inks in North America, with full-service subsidiaries in Europe and South America and is part of Sakata INX worldwide operations. We offer a complete line of ink and coating solutions technology for commercial, packaging and digital applications. As a leading global manufacturer of inkjet inks, we provide a full palette of digital ink systems, advanced technologies and integrated services. To stay in touch with the latest developments, follow INX on Facebook and Twitter and visit www.inxinternational.com.